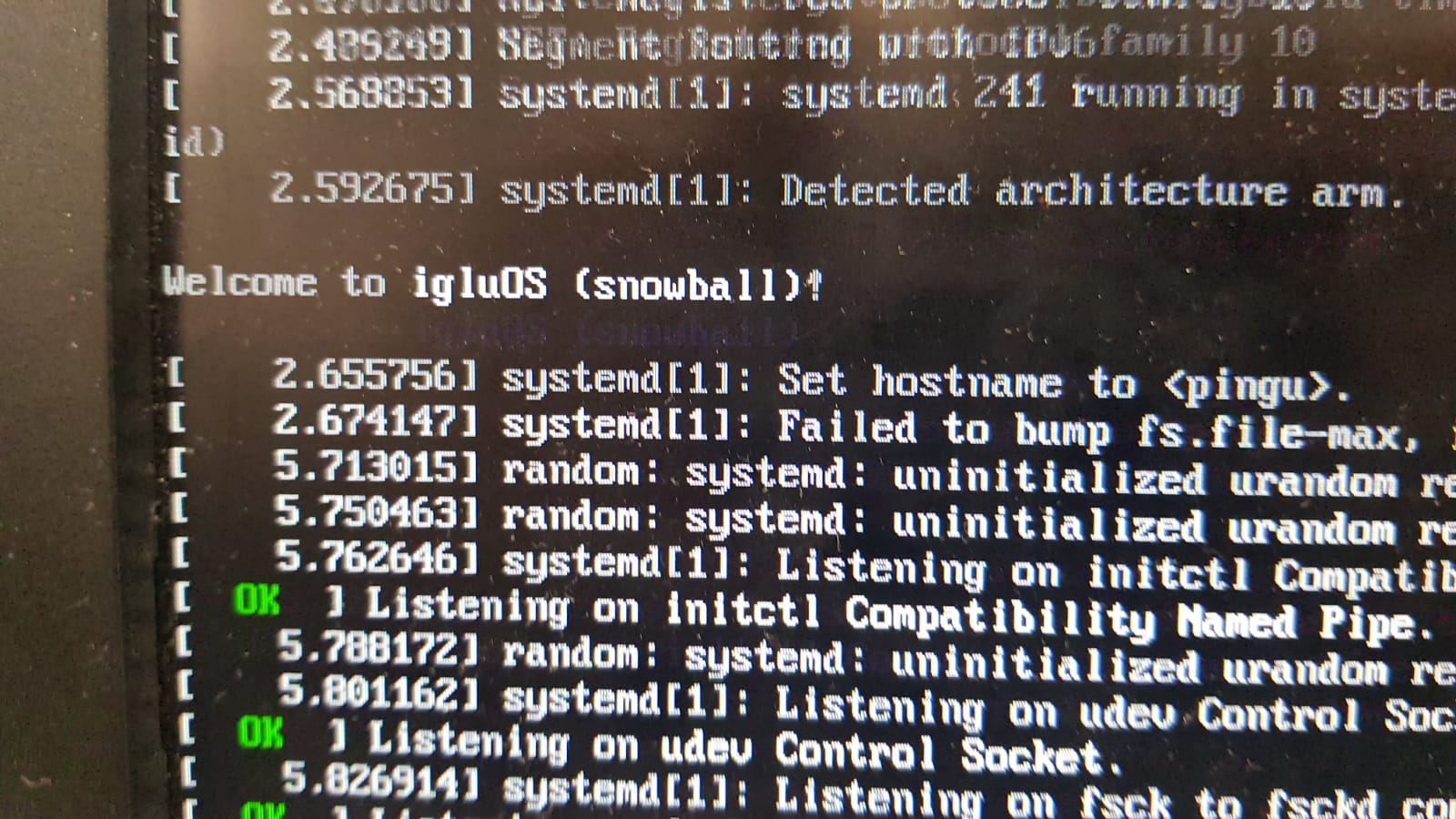 iglüOS is our custom Raspbian Lite-based distribution built for Nacdlow’s iglü. It allows you to have an OS image for the Raspberry Pi with iglü installed as a service, which boots on startup.

It also allows you to also set up WiFi configuration (eduroam, in this case) for expo purposes.

Our distribution includes the following changes:

We ran this distribution on a Raspberry Pi Zero W, which contains a Waveshare e-ink display and a real-time click (RTC). We placed this in a 3D-printed case printed on a Prusa 3D printer at the Edinburgh Hacklab.